This blog is like a genuine Italian. It appeared after a long and loud talk and not giving a hoot about being in delay.

This is not another of the foodblogs, even if I wish I had the capacity to run one. Nevertheless, Bolognam links the two inseparable elements of my life. The city where I have decided to settle down despite all the obstacles (mostly those mental ones) and insatiable hunger for  finding the inner Italian self.

This blog maps everyday pleasures and sorrows of living in Italy through the lens you are most likely not used to see. 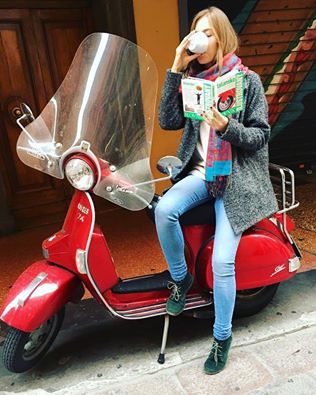 Who is this blog dedicated to?

All of you suffering from Italophilia with strong adoration of spaghetti meatballs as a staple dish of the South European cuisine. Starbucks? Rather don’t say this out loud here…Forget about Julia Roberts from Eat, Pray, Love. If your mind is hopelessly deviated by being raised as a Central European, then your day-to-day reality in Italy is as romantic as the rendez-vous of Fantozzi and Miss Silvani.

This blog is based on true story. Learnt the hard way. Patterned on many humorous clashes with the internationally loved Italian culture and swallowing the one’s pride by hitting the road leading to the nirvana called DOLCE VITA.

In the city under the two towers, at the hayseed of a plump and sumptuous signora with expensive jewellery.