No Widgets found in the Sidebar Alt!

No Widgets found in the Sidebar Alt!

Despite my 2016 is remembered for the two BIG things – graduating from uni and beginning of the internship in Bologna, Italy, 2017 was a bit juicier. My major (naïve) expectation from 2017 included landing my dream job in Italy without any particular effort. As you can guess, the opposite is truth and my muscle of sticazzism was strengthened more than ever. It was a year of sweat, tears and becoming an adulting rookie miles away from the comfort of a student’s life.

2017, thank you for all the lessons I learned and dreams that came true!

Let’s start with the cockups of the year. My throat still tightens when I think of January 2017, when I voluntarily said goodbye to a few friendships. I don’t put the blame on the other side, just vice-versa. Some friendships are probably meant to be eye-opening towards our own egos, while some others last until the final straw breaks you and you give up on being constantly flushed like a toilet after being used. Paradoxically, I think of the lost friendships almost daily. It will forever be the fount of wisdom – failed proofs of changing others before changing myself first. This also makes us all humans after all, isn’t it? Never stop learning. 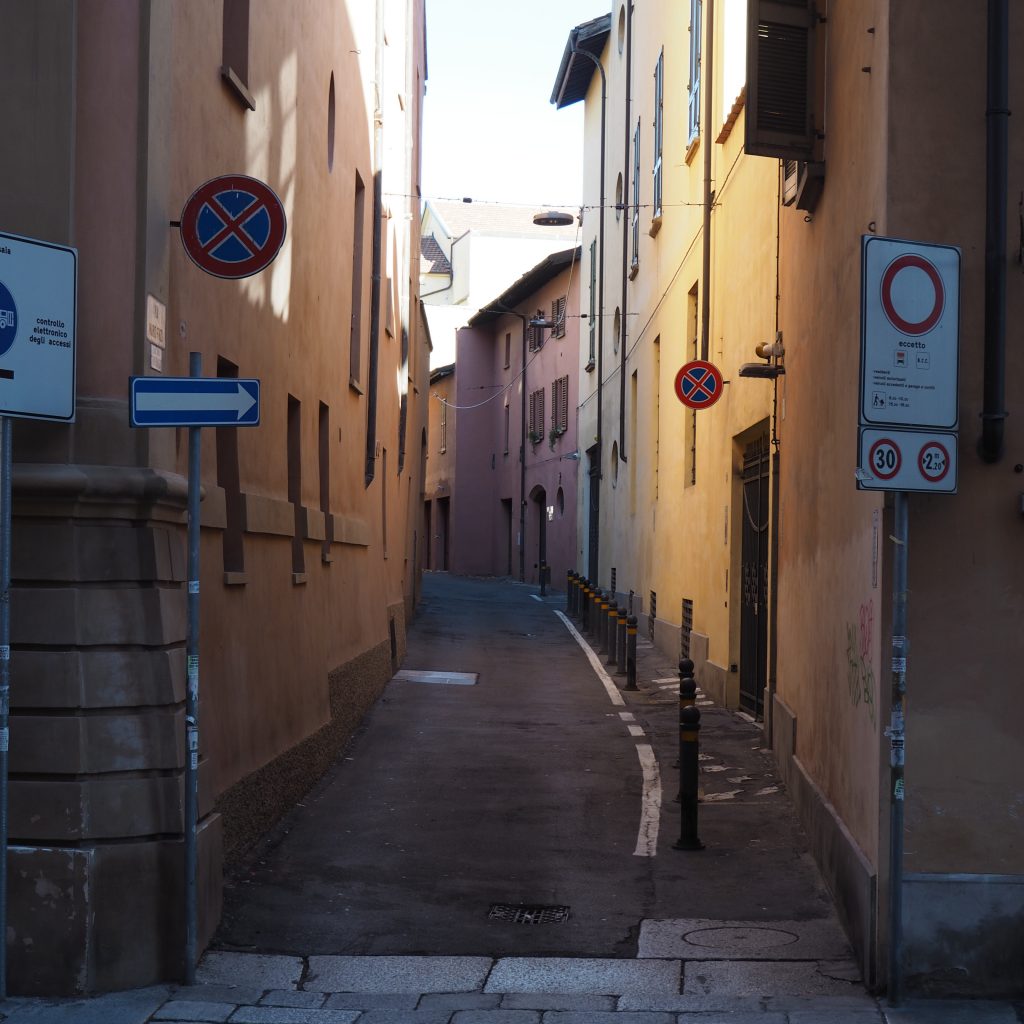 The fail of the year for me was not having been accepted to the doctorate. For the SECOND TIME already. After the execution of the extensive PhD project I was nothing but passionate about, the result was disappointing. Third time’s a charm? Maybe. Working in the academic sphere is for the competitive ones. Getting there is difficult, yet no one ever guarantees any significant career shift after the PhD, go figure in Italy! In any case, I have usually been lucky to have a job in the area of my degree, but let’s face it! Another research in the field of English language, literature, interpreting and translation is and forever will be my affair of the heart. Getting one of the six scholarships at the oldest university in the Western world would be the most romantic thing happening to me. Enough of weeping, I actually did pretty well climbing to the 13th position from the previous 51st. 12 projects were accepted though.

Job deserves its very own category in this list of fails. I made it through the entire scholastic year at one of Bologna’s biggest high schools where I taught more than 90 classes full of adolescents. First weeks I spent by crying into my pillow. The following months I kept on coming back home destroyed to the level I needed afternoon naps. After that, I was preparing the lessons again until the late evening. Don’t get me wrong, I loved the job, but I also tried what does it mean to have an occupation so prone-to-get-burned-out like high school teaching is. Nevertheless, I adopted the skill of zen after some time and I began enjoying teaching, I hit the rock bottom by not finding any support at the administrative body of the school, where no one spoke English, nor was willing to speak Italian. Apart from not having been insured by my employee, I have also ended up without my salary for 8 months and apparently, no one really seemed to care about a stranger ripping her ass off for free.

Here we go, my teaching mission turned to grotesque. Did you know that English lecturers in Italy are paid at the end of the scholastic year? Neither did I. I found out about this fact while chatting above my morning cup of cappuccino with other colleagues and I almost collapsed. My case was even more complicated due to prolonged 5 waiting months even after the close of the school year. Guess what happened next! I received one third of my salary. One THIRD. I found myself in the most powerless period in my life and it felt nothing but grievance and anger. This nightmare ended thanks to the new skill acquired by my observations on surviving in Italy – KEEP ON BOTHERING THEM UNTIL THEY GET TIRED OF YOU. Sometimes you just can’t count on fair statal functioning and others to keep their word. Especially in the country, where your lack of bureaucratic processes is only misused.

As a speaker of 5 languages, I thought finding a job in Italy will be the easiest thing in the world.

In the course of 3 months I have submitted over 50 CVs, have been invited to two interviews out of which I only have attended one. Thank God for this experience though. What if this is the fatal kick to finally realize some of THOSE BUSINESS IDEAS I keep on collecting for quite a time now? How did Hannibal say it? If there’s no way for you, you just create one? 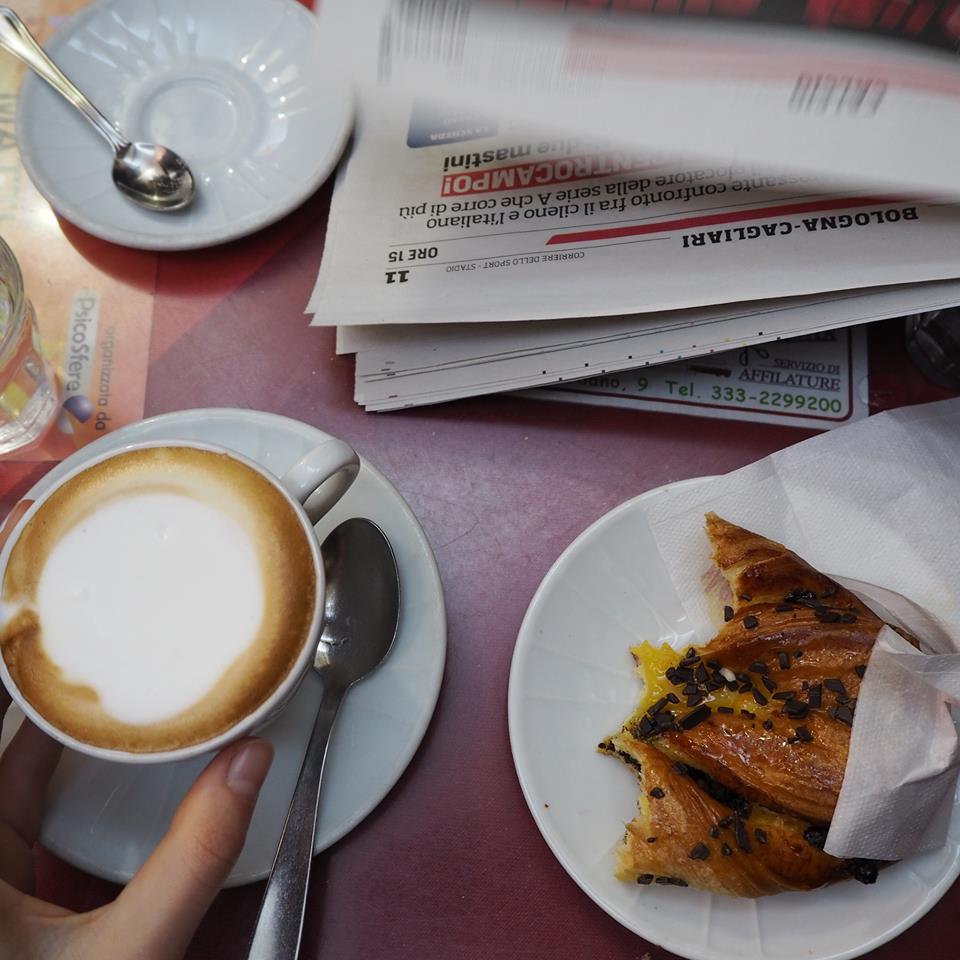 To sum up the most depressing down of the year, I have lost my dear grandma literally in a couple of days. She just went to the hospital with the stomach ache and never come back again. Everything happened so fast. I receive the call from my mum several hours after my arrival in Slovakia, saying something my brain refuses to accept. I like thinking of her before falling asleep and recalling all those absurd memories we created together. How she was always present at the construction site of our house while sipping grandpa’s Calvados. Or how she used to send me to buy her cigarettes that I never got because I was too young to get them. How I found a sanctuary at her house in the countryside when I was heartbroken from the breakup and we were drinking chocolate liquor for two days straight as a damage for pain and suffering. How greatly she could prepare a roasted duck. How her speaking manners would put down even the most assertive person. How she adored the Adriatic sea. I can only hope they make some delicious roasted ducks in heaven. I wish I had a tenth of her rebellion.

Despite the odds, 2017 blessed us with the fruit of our hard work. In spring 2017 we started something BIG. The reconstruction of our apartment. Let me tell you, if there is anything like a relationship trial by fire, it is definitely a reconstruction. Everything that could have possibly gone wrong, went wrong, but our drive for the happy place we can call home was stronger. My minimalistic and ascetic ego was delighted by the number of things we trashed. The result? Eternal allergy to the porcelain, statuettes and crystal services from the 60s, never used and forever forgotten at the bottom of the furniture by our grandparents. Those of you, who have at least one hoarder in a family, you know what I mean. 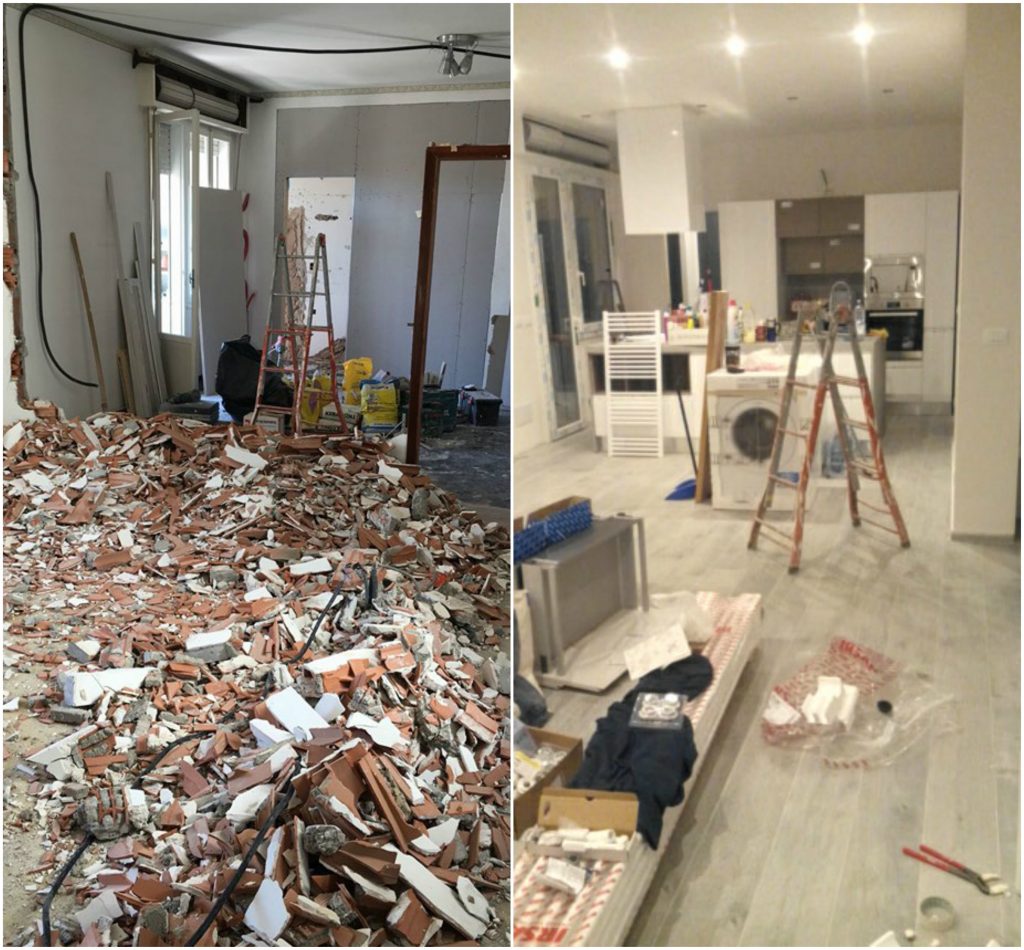 After the long months of dust and discomfort, we reached December 2017 as a milestone when the construction officially ended and we could plunge into furnishing. As the result, I and my boyfriend were given some pairs of slippers from our friends as a manifestation of our socializing curve decrease. We literally stopped going out for some time just to enjoy every centimeter of the space we created. So we became professional couch potatoes. Not for long though…

LP in Padua. Is there anything else to add? I am not the type who gets voluntarily trampled down in the crowd, but man – those 3 hours of waiting in the queue and another 2 hours of sitting in the arena on the cold floor were SO worthy! I felt again as a pubescent seeing the favorite artist a few meters away from me, actually touching her – I haven’t washed my hand only for a week, I promise. So that was my first concert of a real star. Who knows, maybe my dream of seeing Rayland Baxter live will come true as well. But for that,  I’d need some diapers too, I guess.

As for 2017 wins, my procrastination in getting the driving license succumbed to the pressure of my relatives. I made the most of 3-month break from work and went to Slovakia to make this fear turn my superpower. I started excellently, but unfortunately, I ended up quite psychologically broken.

While I failed my first exam, the police officer failed my retake by losing my documents.

Here we go, from an overpaid crash course to an agonizing journey towards the plastic card and a lifetime trauma from driving due to an incompetent and vulgar Slovak police officer. In spite of getting the license, my mental block got bigger than before the actual course. So a  half-victory, but still the victory. 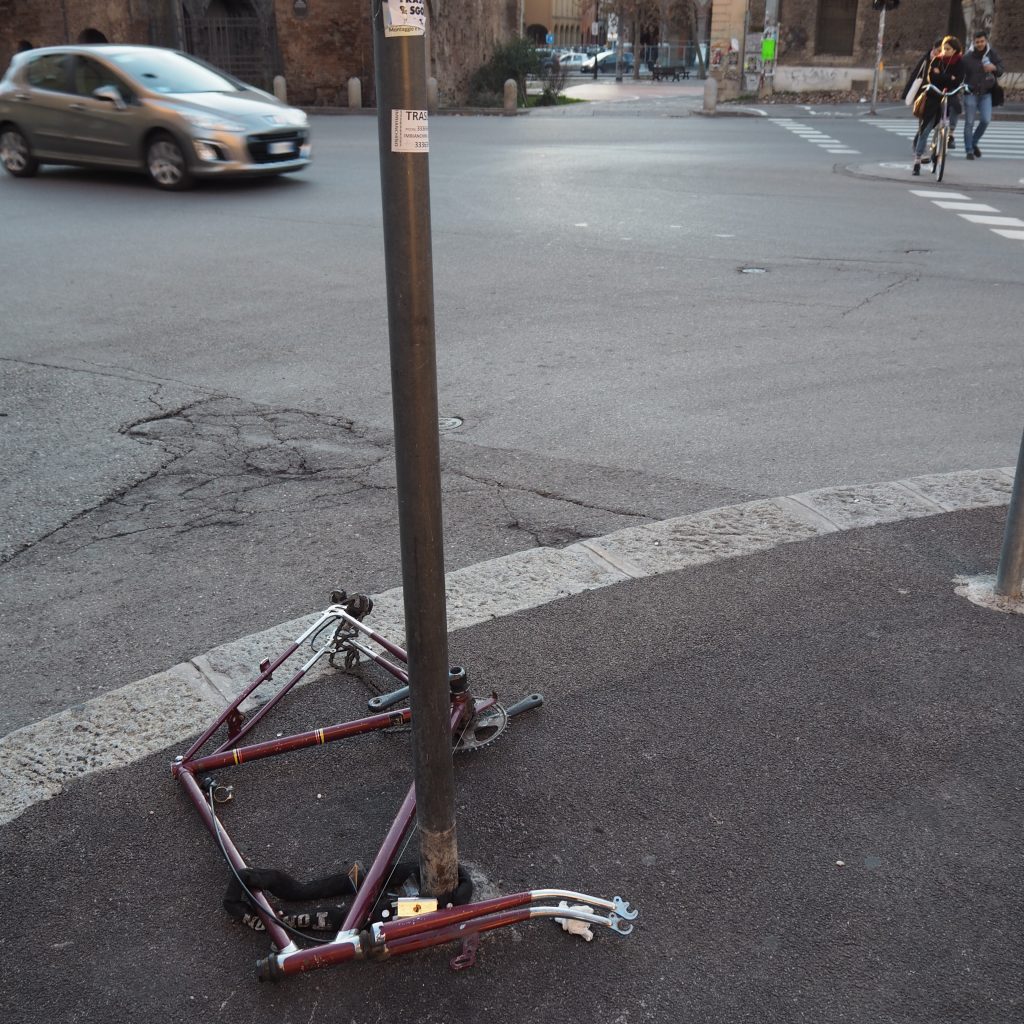 I was fooled into such a pensioner fitness activity as hydrospinning is. And guess what. It is AMAZING! I dare to say I found my ideal sport (?) No one sees you sweating. The cold water becomes too hot after few minutes. You would not even mind a swimming hat on your head! I have even bought a one-piece swimsuit after 20 years. For the first time, I was regular in doing some sport. But then the reconstruction came and the physical tiredness prevailed over pool sessions. I adore water sports and certainly will put them on the New Year’s Resolution list 2018.

Who is a tiny bit familiar with the blogging world knows, that an Olympus PEN is a camera highly popular for its compactness and high-quality resolution. I have desired to have one for the last two years and then the Black Friday came and then…It was my first “big” investment in my life. I felt very grown-up to be able to buy it, if you ask me, haha. First days, I have been afraid to even take it to my hands, but now it’s a complete necessity in my bag. Obviously, a nice camera doesn’t make you a photographer! But at least it motivates me to develop my hobbies, to keep on learning, experimenting and getting inspired continuously. Maybe I will shoot videos one day, but I still hold my horses.

How was your 2017? I wish you, dear friends, to fly more than you fall. And if you do fall, let the dark humor work. The darker, the better.